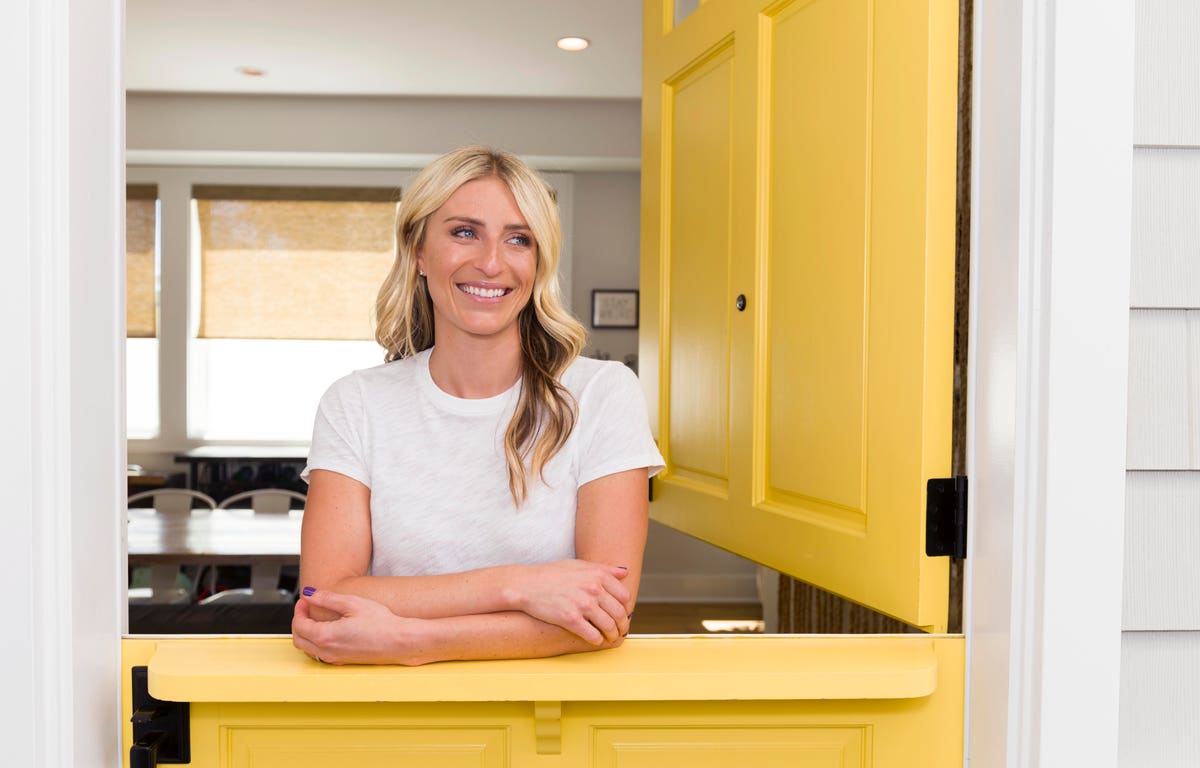 With productions delayed due to COVID, viewers are more excited than ever for new content, especially anything filmed before the pandemic. So, Help! I Wrecked My House couldn’t come at a better time. On the show, HGTV favorite Jasmine Roth of Hidden Potential and Rock The Block helps guide homeowners through fixing DIY projects gone horribly wrong. From a hodgepodge of seemingly minor mistakes to unlivable nightmares, the show features homeowners who have overestimated their DIY and project management abilities. The result is the network’s signature feel-good formula meets Instagram-perfect design inspiration. With so many people currently moving and renovating their homes, it’s certainly one of HGTV’s most relatable shows.

I recently spoke with Roth about the show and to learn her best tips for avoiding renovation disasters.

What can we expect to see on this season of Help! I Wrecked My House?

The [homeowners] have not only wrecked their houses, but their relationships were also struggling and they were having trouble moving forward. It’s tough. If you come home every day and have looming projects, you just don’t know how to move forward. So being able to fix their house, make it safe, and make everything nice and new is really special.

How did your pregnancy play into the show?

I think that it was pretty cool to make a show while pregnant. It made me do things that I wouldn’t normally do and it kept me from doing things I would normally do. By design, a construction site is not really somewhere that is cohesive to being pregnant. So I let my team do a lot of the construction work. I was able to think strategically and intentionally about things that would make these homeowners’ lives easier.

But you weren’t the only pregnant woman on the show…

In one of the episodes, my client was nine months pregnant. I was able to help with her nursery and that was so special. I didn’t spend a lot because she needed to spend the money on other things that she had to take care of. But being able to just do little DIY-type projects meant a lot to her and to her husband, and hopefully to their now baby boy.

On the second episode, the homeowners nearly renovated their kitchen, yet their bathroom was unusable. Were you impressed with some of the DIY projects the homeowners completed, while simultaneously surprised by what they also did wrong?

I think it’s really common if you’re skilled enough to install a whole kitchen, for example, that you’re going to have that kitchen completely finished. But then as you go into the bathroom, that’s where you run out of the ability to do it yourself at some point. And whenever you hit that wall, it’s [best] not to go any further. Everybody just kind of has a threshold of what they’re capable of completing. And when you reach that threshold, whatever else is left over is what’s going to be just a mess in your house.

What DIY projects should the average person avoid?

I think it’s the list of things I would never attempt to do on my own. So if I’m not going to touch it, I don’t think anybody, unless they have some previous experience should, like plumbing. For the most part, plumbing is something I believe you should call a plumber for. If you have a leak, you’re going to ruin your house. If you have a gas leak, you’re going to blow up your house. And that’s dramatic, but literally, it’s so dangerous.

Another thing that just scares the crap out of me personally is electrical, like adding an outlet. Just don’t. It’s a bad idea. You don’t want to burn your house down.

What are some DIY projects that most people can attempt with some guidance and instruction?

I think that carpentry is a good place to start. Unless you’re misusing the tools, you just have to take your time and measure. Think ahead, watch a ton of videos, and read the manual. I’m blown away by the things homeowners have been able to accomplish without any previous experience.

But honestly, I think the most bang for your buck as a homeowner is paint. I had one homeowner this season that had completely torn apart the inside of their house to the point where they couldn’t even go inside because it was compromised. It took every single one of my tradesmen to get it safe again. While we were doing that, they [said], hey, do you have any budget for the exterior of the house? And I [said], did you see what you did to your house?  Then they said they were going to paint it. I said, great, go for it. And they painted their house over the weekend and it looked so much better.

Most of the people on the show wrecked their houses in an attempt to save money, but end up spending more. Instead of saving cash on labor, what are some things that homeowners may not realize they can buy inexpensively?

People are under the impression that you [must buy] name brand tile or there are different echelons of tile. At the end of the day, tile is tile. So, I encourage people to think about what their budget is. If you like the look of marble, but you don’t have the budget for it, go look at the hardware store and see what porcelain tile options are available that look just like marble and are actually going to wear better than marble.

The other thing is flooring, which has come a long way over the years. Every single day, I’m surrounded by new flooring options. Luxury vinyl flooring is what I install in 99 percent of my projects. Most of the time, people can’t tell the difference. It’s much less expensive. The durability is there and it goes in easier, so the installation is less expensive. And literally, you can take a piece of engineered hardwood and put it next to a piece of luxury vinyl. And you can’t tell the difference, except for one is waterproof and scratch proof.

Help! I Wrecked My House premiers on September 12th at 8:00 pm ET/PT on HGTV.

8 Homebuilder Stocks To Buy As Low Rates And Pandemic Fears Accelerate Suburban Shift
ARE YOU LOOKING TO “BREAK” INTO THE LUXURY REAL ESTATE SELLING MARKET? THE “SECRET” IS OUT!
Should You Diversify Or Specialize Your Real Estate Portfolio?
Dangers Of Buying Real Estate In The Philippines
Buying Property in Costa Rica 🇨🇷 Buy Sell Real Estate 🏡 Live in Costa Rica