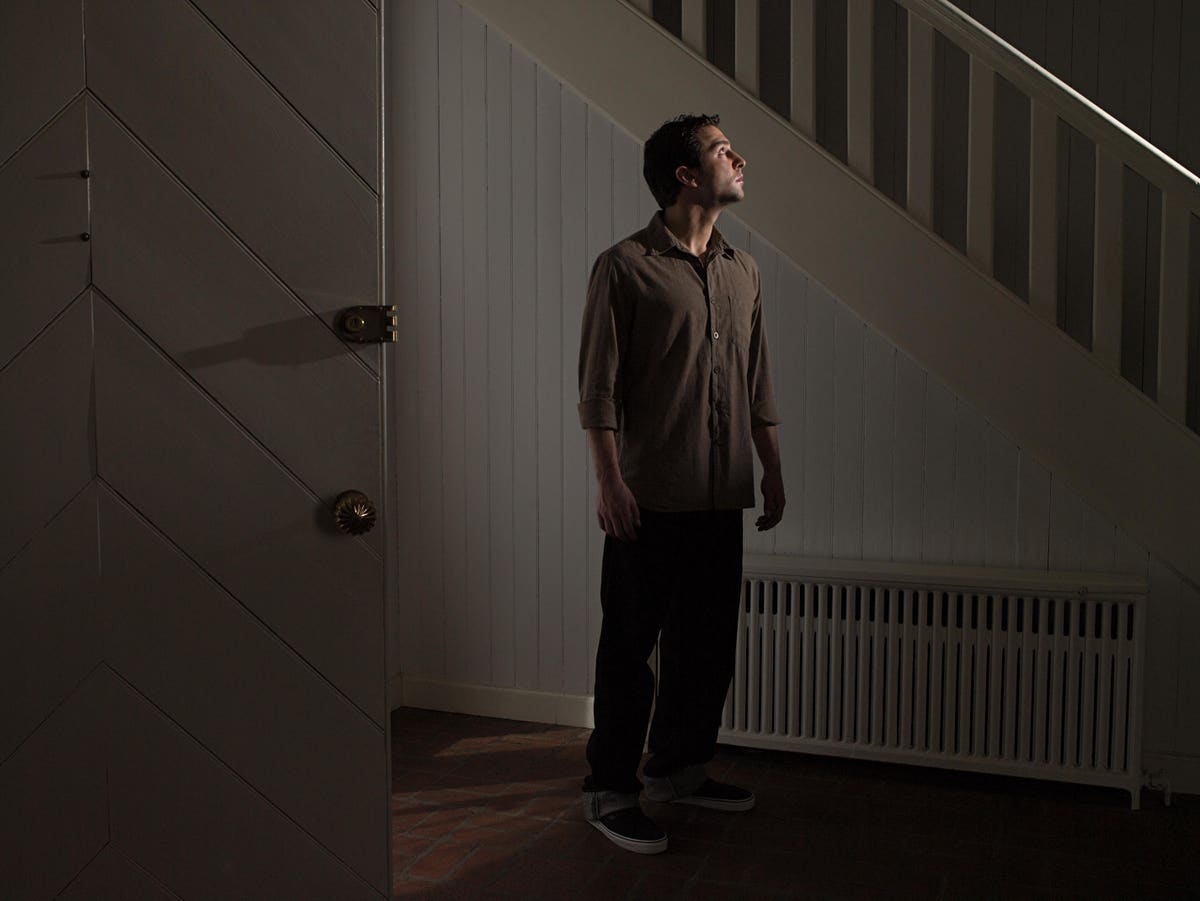 If you find yourself living in a house with a spooky vibe, it could be that the home is haunted. For some people, that’s reason enough to put up a for-sale sign and take the money and run. However, a majority of those who believe they live in a home with a ghostly reputation say the paranormal activity that they have experienced is not reason enough to move, according to realtor.com’s annual Halloween survey.

In the spirit of the season, realtor.com asked consumers for their thoughts about living in a house with a creepy reputation. This year, the real estate listings website wanted to find out how many people believe they live in a haunted house and whether it is reason enough to relocate. The results, as well as where these haunted houses are located, might surprise you.

“One of the more surprising findings of our survey was that the majority of people who think their home is haunted live in the West, not the Northeast or South,” said Lexie Holbert, realtor.com housing and lifestyle expert. “We expected to see more haunted homes in those areas because the homes are older, but maybe that’s the reason why people don’t think their home is haunted. When they hear a strange noise or feel a hot or cold spot, people in the Northeast or South just assume it’s the house that’s creaking or the air conditioner is broken.”

What is it about a house that makes it haunted? Strange noises topped the list at 44%. This was followed by shadows, hot and cold spots, 37%; the feel of certain rooms, 34%; odd pet behavior,  30%; items moving and the feel of being touched, 29%; and levitating objects, 17%.

Survey results from more than 2,000 Americans reveal that 13% believe they live in a home that is haunted, and a majority of them, 54%, knew or suspected the house was haunted before moving in. Although nearly two-thirds (62%) of respondents indicated they would be unlikely to consider living in a house that was rumored to be haunted, a majority (56%) of Americans who believe their home is haunted have not considered moving.

Many states have statutes that say property facts that could cause stigma or psychological impact need not be disclosed. Massachusetts and Minnesota deliberately mention paranormal or supernatural activity as a “psychologically affected” attribute that does not need to be disclosed.

While many people wouldn’t be bothered about a death in a home, in some cultures it’s a deal breaker. Because it’s a major issue for some buyers, California, Alaska and South Dakota require home sellers to reveal that information to all potential buyers. In other states, the laws are less black and white. A seller might need to disclose the information only if a buyer asks. To understand the death-in-home disclosure regulations in your area, get in touch with a local real estate agent.

“Mandatory disclosure laws vary by locale,” said Holbert. “They specify what specific hazards or problems affecting the property sellers are required to disclose to the buyer before the sale is completed. For example, in California, a seller is required to inform a buyer if someone died on the property within the last three years. A real estate agent can advise you about the mandatory disclosures in your area. That way you understand what the sellers are required and not required to share with you when you buy a home.”

If you’re selling a home in which a death has occurred, it’s best to disclose that information upfront. You don’t want to get all the way through the escrow process to find out that the buyer has concerns about it. And if you don’t disclose it, the buyer might be able to take legal action if he or she finds out later.

Just where are these haunted houses? The West led the nation with the most respondents who believe they live in a home that is haunted at 18%, followed by 13% in the Northeast, 11% in the Midwest and 10% in the South.

Of those who suspected their house was haunted prior to moving in, Northeasterners were most comfortable living with spirits at 76%, followed by those in the West at 57%, the South at 51% and 35% in the Midwest.

For most respondents, buying a haunted house is not something they see themselves doing.